on Thursday, April 13th, 2017 in Glenhuntly Physiotherapy Clinic. No Comments

Some men in their late 50’s get a little red sports car, but some intrepid cyclists (affectionately known as MAMILs (Middle Aged Men In Lycra) choose to push themselves to greater heights (literally).

“In the challenge for the ongoing quest for ‘up’, our riding group organised to ride up Mt Baw Baw, – 95kms to elevations of 2564m, reputedly the toughest road bike ascent in Australia. For me it was a great way to celebrate another birthday – as a friend says, 20 fit summers left, might as well get it all in! We left Melbourne at 5.30am drove to Noojee, where our group of 9 assembled for the upward journey, back pockets bulging with food and spare gear, as weather can be somewhat unpredictable.”

Proceedings began with a significant heart kick-starter as we left Noojee, then settled into magnificent rolling hills through rain forests and farmland, getting steadily higher and higher. This is easy, what’s all the fuss about… and of course at that point, it got serious. Gradients averaged 12%, reaching 21% at times, testing our mental and physical endurance.

With 16 kms to the summit, the gradients picked up with no respite at all. Usually one can push to the next bend in the road, with some assurance of it flattening out for a breather, but not this brute. With 6 kms to go, the end was in reach, but at speeds of 3-4 km/h I was almost stalled. My mantra became ‘keep your legs turning or you’re gonna fall over’.  With my very last reserves I made it – the view from the top was stunning, and the descent technical and exhilarating.

A well earned feed at the Noojee pub was inhaled, all in all a great birthday out in superb weather and in good company.

If anyone reading this would like to join some of these rides please let me know, love to have you along. A new app now gives an eagle’s eye of the ride:   https://www.relive.cc/view/898265780 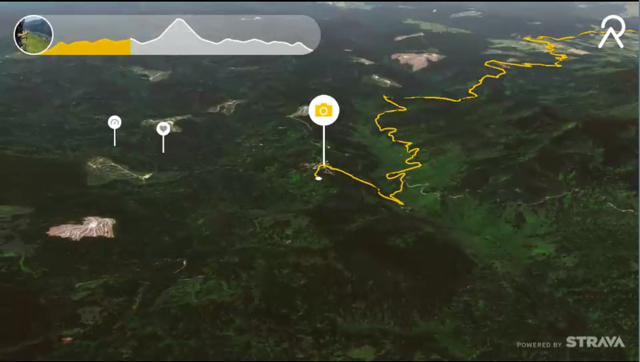