What is Adrenal Fatigue?

on Friday, September 12th, 2014 in Allied Health. No Comments 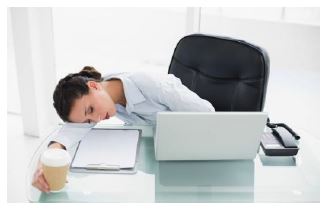 Adrenal Fatigue – The Epidemic of a Stressed Out Society

An epidemic of fatigue has spread throughout the developed world. A great number of people suffer from fatigue that is not relieve by sleep or rest.
It has been estimated that 80% of adults suffer from some sort of adrenal fatigue.
And yet this is one of the most under diagnosed illnesses in western society. Unfortunately modern medicine does not recognise adrenal exhaustion or fatigue as a distinct syndrome. This is especially troubling as it leads to only the symptoms being treated rather than the underlying deficiency. Prescriptions for antidepressants and sleep medications are therefore frequently administered. A band aid solution at best.
Severe stress over a prolonged period can significantly weaken the body and its ability to cope under pressure. The problem with stressors is that they are “cumulative,” in the sense that their impact tends to add up in the body over time until your adrenal glands just can’t take anymore.
The adrenals, which are the size of walnut, and sit atop the kidneys, have an enormous job. They produce many hormones necessary for life, including adrenalin, cortisol, DHEA, oestrogen, and testosterone, to keep our body system in balance. One hormone in particular, cortisol, is extremely important and helps our body to function during stressful situations.
Cortisol, “the stress hormone” is secreted in a circadian rhythm, meaning that the secretion changes throughout the day. Ideally, it at its high point in the early morning hours, and follows a sharp curve where it lowers and reaches a low point at night. During sleep, cortisol then rises again to its high point in the morning.
While it is vital to health for the adrenals to secret more cortisol in response to stress, it is also very important that bodily functions and cortisol levels return to normal following a stressful event. Unfortunately, in our high-stress culture, the stress hormone is activated so often that the body does not always have a chance to return to normal.
Increased production of cortisol will cause a rise in blood sugar levels and blood pressure while also depressing your immune system response.
An excess of circulating cortisol can increase weight gain especially around the mid-section (the spare tyre). It is also a key factor in the onset of metabolic syndrome.
Adrenal exhaustion can also account for distressing peri-menopausal complaints.
As the ovaries begin their decline of oestrogen production, other organs of the body are able to step in and provide a supply of oestrogen. Oestrogen is one hormone released by the adrenal cortex and adipose tissue (fat) will also provide oestrogenic effects.
For those lean and stressed women, their oestrogen reserves are further diminished and they can often experience acute and upsetting peri-menopausal symptoms.
There are factors that can make you more susceptible to adrenal fatigue. These include certain lifestyles (poor diet, substance abuse, poor sleep), chronic illness or recurrent infections (bronchitis, pneumonia), bad relationships, stressful jobs, etc.
The symptoms of Adrenal Fatigue can include the following:
• Persistent fatigue, especially in the morning
• A generalised ache in the body
• Muscle weakness
• Irritability and low tolerance to others
• Low blood pressure
• Dizziness when standing
• Cravings for carbohydrates and foods high in salt and fat
• Recurrent infections or difficulties recovering from colds and flu
• Not coping with demands
• Frequent sighing
• Excessive sweating or perspiration from little activity
• Lack of libido
• Dry unhealthy skin with excess pigmentation
• Poor digestion
• Sleep disturbance, insomnia
• Fuzzy thinking, poor concentration and poor memory.

Call the Glenhuntly Road Health Clinic on 9532 8001 and book in for a Naturopathic Consultation.